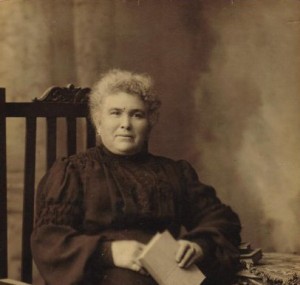 According to family history Filippo left Peterborough after 1901 or so:

“Although Lucia and Filippo came to Peterborough as a family, Filippo returned to Belleville and worked as a labourer at odd jobs. Lucia Ronca stayed in Peterborough and was known as the strong matriarch of the family. She owned a grocery store on Elm Street and also operated a boarding house for new Italian immigrants.

Fillippo’s children chose to have very little contact with him because he didn’t encourage the children to get their education. He saw them as farm help whereas Lucia encouraged the children to develop thier talents – educational and cultural. In his later years Fillippo stayed at the home of his son Donato and was cared for by Donato and his wife Adelina.”

Filippo is listed as owner and grocer at 519 Elm until 1901. In the 1901 Canadian census he is listed as living at the property in North Monaghan (later Erskine Ave) and his occupation is listed as a farmer.

By 1911 Leonardo and his family are listed at the Erskine ave property in North Monaghan. That same year the census lists Philip Manicola working as a labourer at ‘Stone Mill’ in Trenton, Ontario (Hastings West) . So it was some time between 1901 and 1911 that Filippo had returned to the Trenton/Belleville area to work.

Lucia then ran the grocery business on Elm St. after Filippo left in 1901. The home was also used as a boarding house for newly arrived Italian immigrants. She is listed at the Elm St. address in the Peterborough directories from 1901 to 1915 when she passed away. Both the 1901 census and the 1911 census list Lucia or Lucy Minicola as grocer at either 67 or 519 Elm St. Note that before 1908 the address is 67 Elm St. In 1908 the street is renumbered and the house number changes to 519 Elm St.