The original family home at 67 Elm St. has quite an interesting history. It served as a grocery store, family home and boarding house – at one point it was all 3 at once.

The earliest mention of the Minicola family living at the address was in the 1888-89 Peterborough Directory. My great great grandfather Philip (Fillipo) Minicola (misspelled as Minigold) was listed at 67 Elm St. 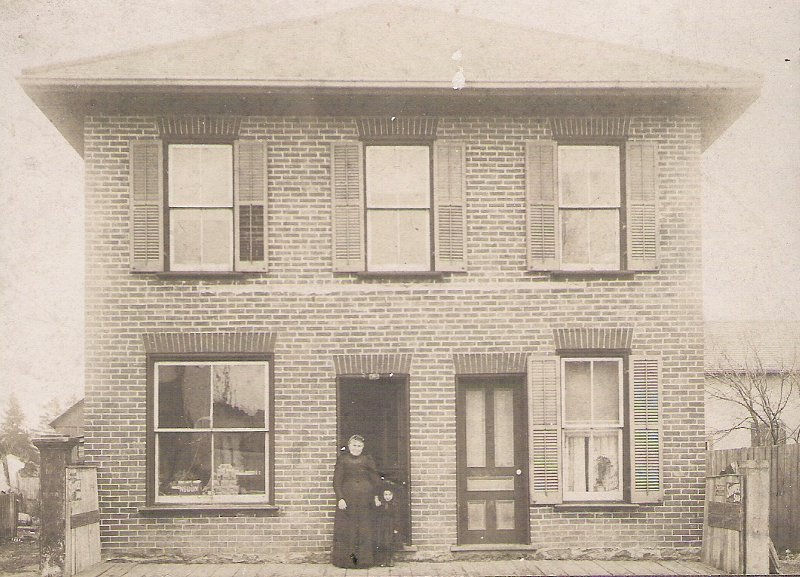 The 1891 census shows the entire family living at the house with the exception of the two older girls (who had already married and moved away). Two Italian boarders were also listed as living at the house. It’s assumed the family was renting the house up until 1894 when land records show the house was purchased from the well known Peterborough landowner and businessman George A. Cox. I have yet to see a copy of the land record but hope to have it up on the site at some point. In the photograph above you can see the grocery items in the window on the left. The boarding house would have been on the right. The family would have either lived above the store or in a portion of the boarding house (possibly the ground floor?)The earliest mention of the house being used as a neighborhood grocery store is in the 1897 Peterborough Directory: Philip Minicola is listed as a grocer with his home being the same address. After 1900 the store was run by my great great grandmother Lucia Ronca Minicola who then took over the the boarding house as well. Lucia was known as the strong matriarch of the family. She was definitely ahead of her time. She was also remembered as a very supportive parent to her children, encouraging them to develop their talents – both educational and cultural. 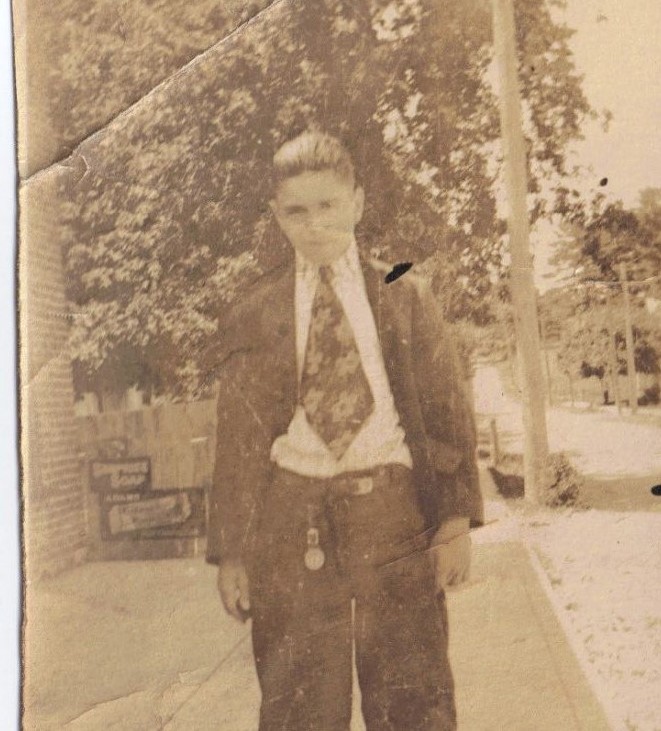 Lucia Minicola passed away in March of 1915. In her will she left the store to her youngest son Joseph J. Minicola. As Joseph had already moved to his own home at this point a deal was struck with the oldest brother Nicholas to buy the home from his brother. Nicholas was still living in the home at the time with his two daughters Mary and Lucy. Nicholas’ wife Matilda had passed away in 1901. Nicholas at this point closed the store on Hunter St. to ‘retire’ to the relatively quiet life at the neighbourhood store on Elm St. We don’t have any indication of when or if the boarding house was still in operation.Nicholas ran the store with his two daughters until his death in September of 1922. In his will Nicholas stipulates that the lot of 112 feet wide should be split evenly (in title) between his two daughters and that “the red brick building in which he resides on Elm Street” should be conveyed to his daughter Lucy. At this point the two sisters stuck a deal to transfer all of the land and the house to Lucy and her husband Alfred Pepe. Mary Minicola had decided to pursue a new life in Roseto, PA so the deal was mutually beneficial.

Alfred and Lucy Pepe ran the store and lived in the house for many years. Their grandson Mike Pepe remembers the grocery store being on the right hand side in the later years. Perhaps with the closing of the boarding house it made more sense to reconfigure the layout. The street numbering had been changed in 1908 to accommodate new construction to the west of Monaghan. The house then became 519 Elm. In the 1950’s the street name was changed altogether to the present Hopkins Ave. which is a story in itself! (More to come on this later).

Mike Pepe and his father Mike Sr. have many great memories of the store. It was apparently in operation until late 1967 or early 1968. Mike Sr. thought everyone did something in the store when they were young. They sold 20 different types of spaghetti/ noodles, big wheels of cheese, vegetables, can goods, stored fruit and vegetables in the cellar for sale during the winter. His brother Alfred Jr. would travel back and forth on weekends doing repairs and restocked the store until it closed. Mrs. Pepe passed away in 1967 and Mr. Pepe passed away in 1971. The building was sold soon after this point although it still stands and can still be seen at 519 Hopkins Ave. It is a shadow of it’s former self though as it has been converted to apartments and the red brick has been covered with white aluminum siding.

The experience of shopping at the store is perhaps best described by Peterborough Historian & author Claire Galvin in a piece he wrote for the Examiner many years ago about his youthful memories of Elm Street:

“If I had any pocket money, I would head for Pepe’s Store, where everything a kid could want was available: Eskimo pies, black balls that turned white as you sucked them to the very center, where there was a caraway seed, Orange Crush, maple buds, twisted horehound, licorice plugs with the metal tack to resemble chewing tobacco, bubble gum with hockey pictures and bologna.

The little bell above the door would jingle announcing my arrival, and Lucy Pepe would come from the back in her apron to help me with my difficult choice.

Before I left, I would optimistically ask for a nickel package of Turret cigarettes for my big brother, Clement. Then Mrs. Pepe’s eyes would narrow and she would say: “Let your big brother do his own shopping!”

If you got lucky, maybe one of the Pepe daughters would server you – Matilda or Mary – and you would stand on tiptoe, looking beseeching and maybe get the Turrets.” 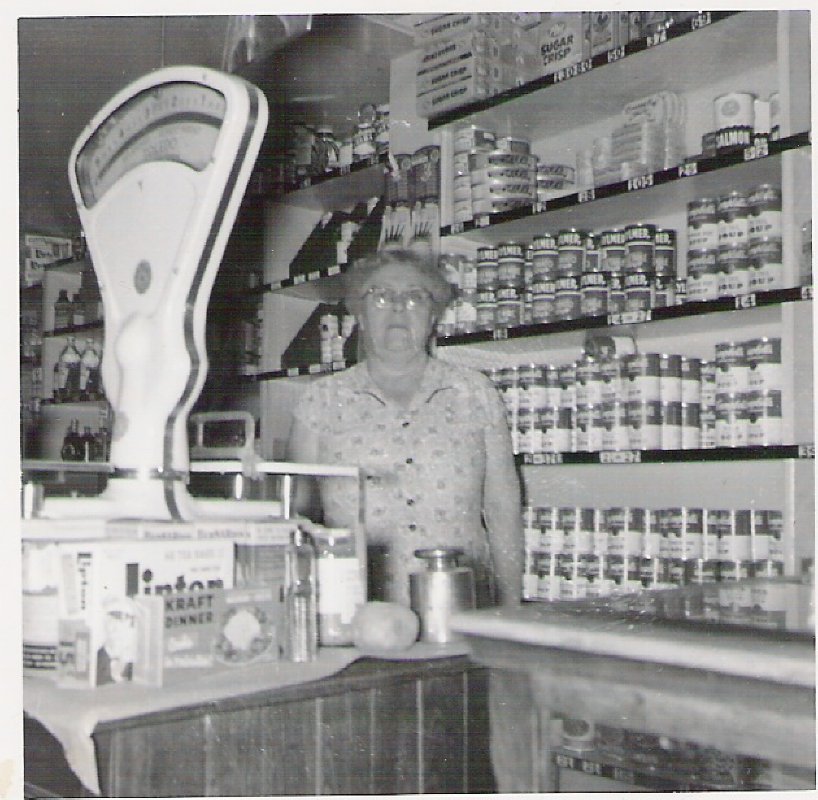 Left: Lucy Pepe behind the counter of the grocery store 1950’s