The 1921 Census of Canada was released to the public in June of 2013 and the images are now available free of charge at www.ancestry.ca.
Indexing of the Census is not available yet, but if you know the district where your ancestor lived you can browse the images to find them. I knew my great grandfather Donato lived at 175 Lock St. in Peterborough at this time and found the family listing under Peterborough West, Sub-district 14 (Peterboro City).

There’s lots of interesting information here about the family. The home is listed as Brick and wood with eight rooms, and is listed as being owned by the family. Donato (or D.M. as he is listed) is shown to have arrived in Canada in 1886 and became a Canadian citizen in 1919. It also lists the date of immigration for my great grandmother Adelina and the eldest son, Fred, as 1914. I never had an exact year for their move back to Canada from the United States. This is incorrect though as they were already back in Canada by the time of the 1911 Census, so possibly they meant 1904. Donato’s occupation is listed as “Fruit Store” – retail. 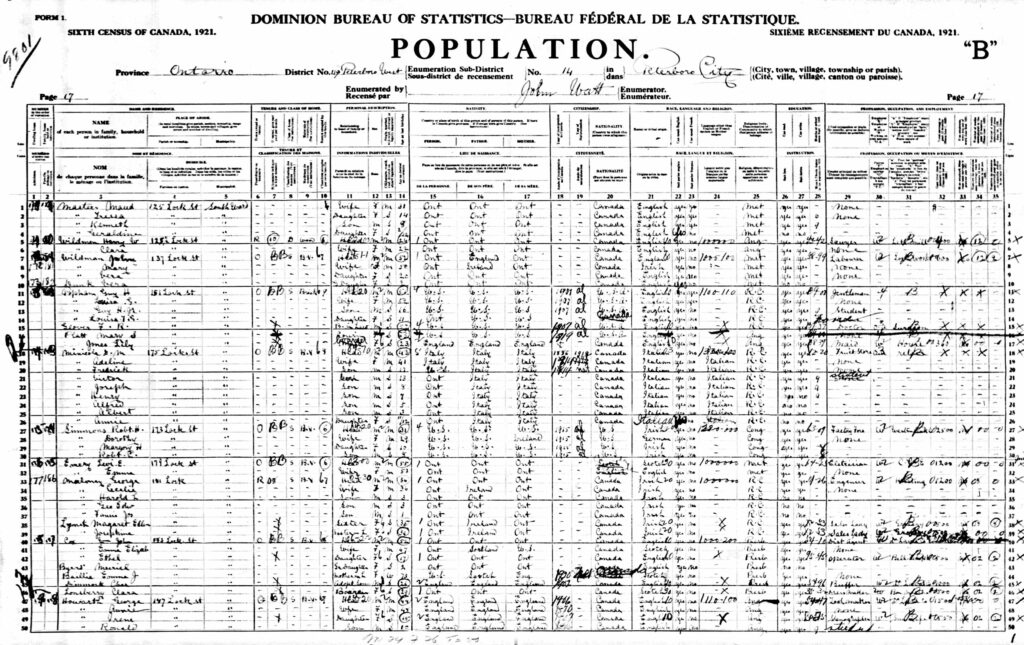